You can recount the most significant events in 49ers history exactly as they appeared in print at the time.

Relive the Niners’ glory years through newspaper headlines of the time in this personalized San Francisco 49ers history book. With coverage beginning in 1947, the year of the franchise’s sophomore season, this fine piece of 49ers memorabilia guides you through the decades, revisiting all the key moments from Kezar Stadium, Candlestick Park, and Levi’s Stadium, right up until the present-day. Included are the 2021/22 season.

The San Francisco 49ers dominated pro football in the 1980s, reaching four Super Bowls and winning them all. Quarterback Joe Montana picked up three MVP awards, while the other went to 13-time Pro Bowler Jerry Rice, still regarded by many as the greatest football player ever. In the fifteen seasons between 1981 and 1995, the 49ers topped the NFC West Division twelve times, and in 1994, a fifth Super Bowl title would follow, this time led by Deion Sanders and Steve Young. Until 2012, the Niners had been the only NFL team to have won multiple Super Bowls without ever losing one, and to this day they hold the records for the most consecutive road games won (19 – 1988-90) and most consecutive seasons leading the league in scoring (4 – 1992-95).

How to Personalize Your 49ers Book

To truly make this 49ers book a timeless gift, you can include the individual’s name and a message printed on a certificate on the opening title page. Their name will also be embossed on the front cover free of charge. The hardcover is bound in premium leatherette. 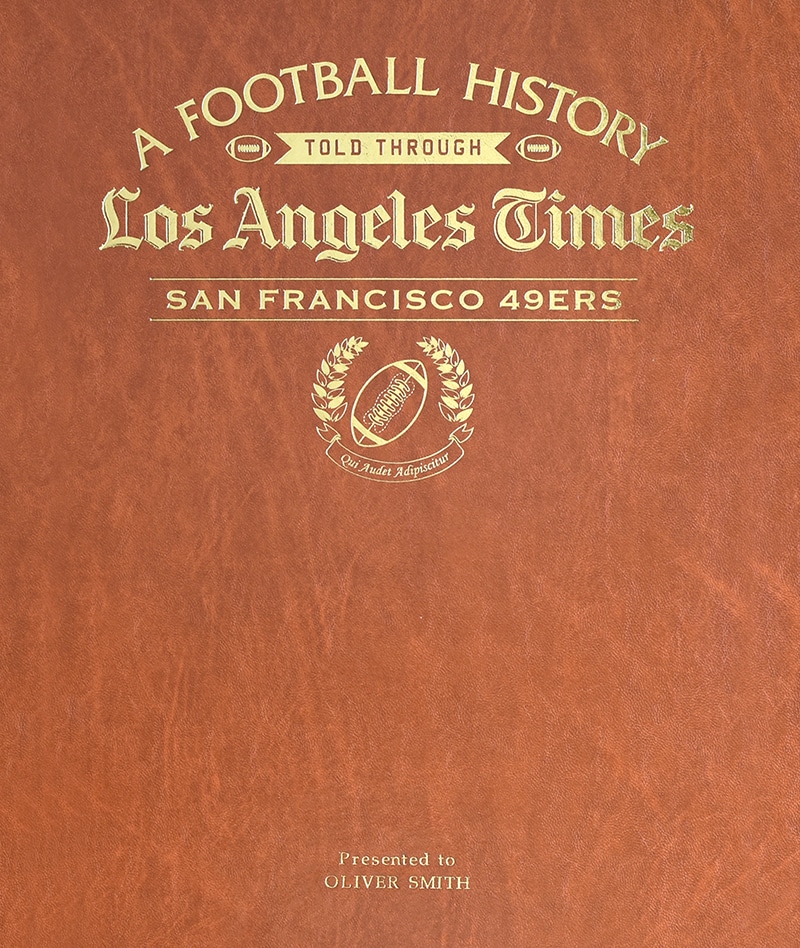