You can recount the most significant events in Los Angeles Chargers’ history exactly as they appeared in print at the time.

Reacquaint yourself with all the greatest moments in The Bolts’ history through newspaper headlines of the time in this personalized Los Angeles Chargers football history book. With coverage beginning in 1960, the year of the franchise’s debut season, this fine piece of Chargers memorabilia guides you through the decades, revisiting all the key moments from both Los Angeles and San Diego, up to and including the difficult 2020 season, the first at the newly-built SoFi Stadium.

Founded in Los Angeles in 1960, just a year later the Chargers moved to San Diego, which would be their home for the next 56 years. Perhaps the greatest moment in Chargers history came in 1963, as they defeated the Patriots to capture the AFL Championship. Little did they know, it would be the first and last major sport’s title won by a team from San Diego. The brightest period in recent Chargers history came in the early 1990s, under head coach Bobby Ross. In 1992, after losing the first four games of the season, the Chargers won 11 of their remaining 12 to become the first 0-4 team to ever make the playoffs, earning Ross the NFL Coach of the Year award as a result. Two years later, the Chargers reached their first-ever Super Bowl, falling at the final hurdle at the hands of their California neighbors, the 49ers.

From 2004 to 2009, the Chargers won the AFC West Division five years out of six, thanks largely to the rushing of 2006 League MVP LaDainian Tomlinson, and in 2017, the franchise moved back to Los Angeles.

How to Personalize Your Chargers Book

To truly make this LA Chargers book a timeless gift, you can include the individual’s name and a message printed on a certificate on the opening title page. Their name will also be embossed on the front cover free of charge. The hardcover is bound in a premium leatherette. 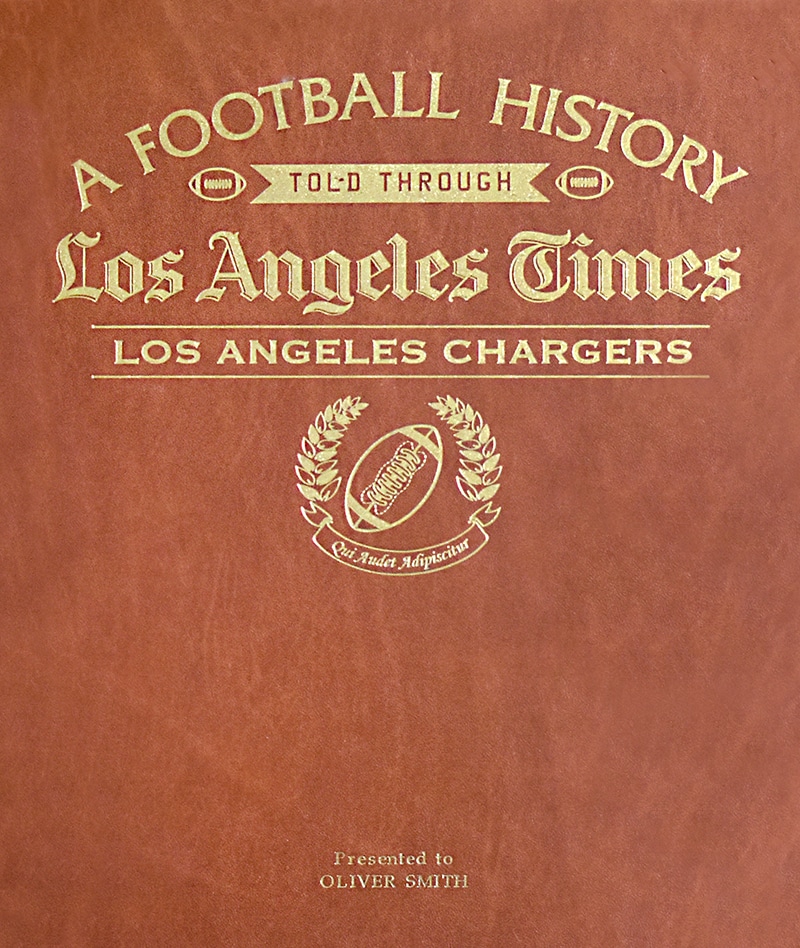