You can celebrate over 70 years of Colts football history with this unique newspaper book.

In 1946, the bankrupt Miami Seahawks were purchased and relocated to Baltimore by Bob Rodenberg. In the name contest held for the new team, Charles Evans submitted the winning entry of the Indianapolis Colts.

From 1998 to 2010, starting quarterback Peyton Manning led them to a record six AFC title games, winning Super Bowl XLI with their third NFL championship after the 2006 season and losing twice more.

In 1953, the Colts made one of the largest trades in sports history. Before the season began, they traded for ten players from the Cleveland Browns. These players included future Hall of Fame quarterback Don Shula. The Colts then went on to win their opening game.

Follow the Indianapolis Colts, originally the Baltimore (Maryland) Colts from 1953. Right up to their 5 Touchdown win (41-15) against the Bills. Read through over 140 pages, 70 years of history, from the unique eye of the Washington Post. View the contents.

How to Personalize Your Colts Book

To truly make this Indianapolis Colts book a timeless gift, you can include the individual’s name and a message printed on a certificate on the opening title page. Their name will also be embossed on the front cover free of charge. The hardcover is bound in a premium leatherette. 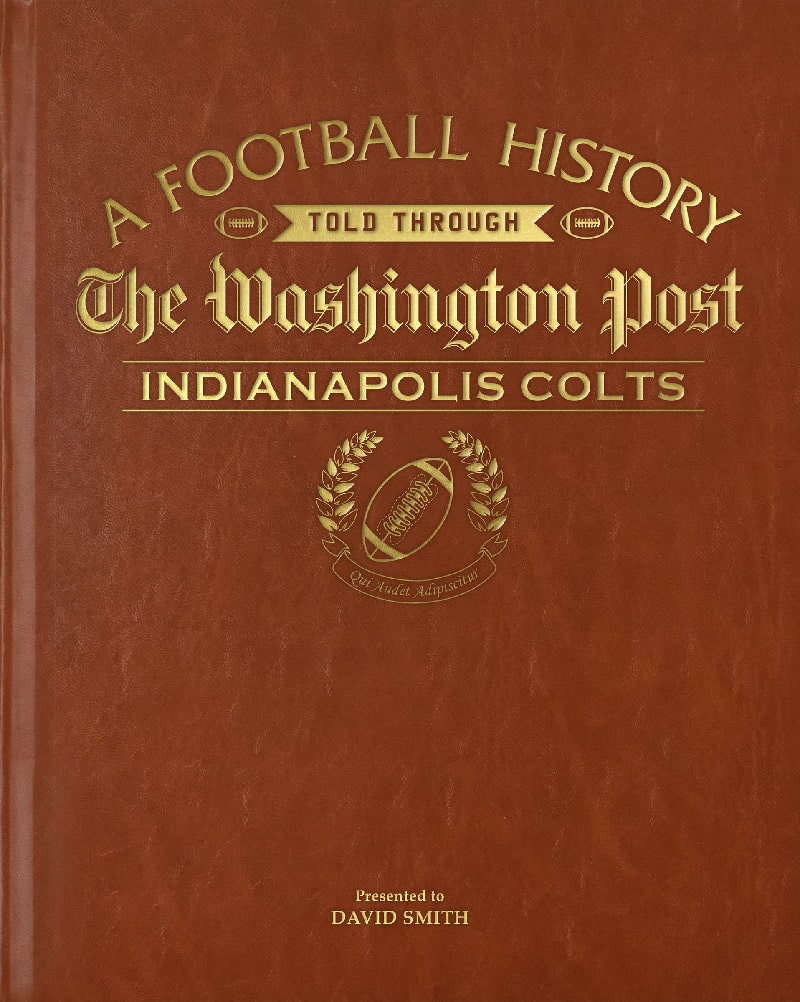 I still have not received this! Please advise!!!