The most memorable and significant 20th century Washington Post headlines are all together in one place.

This fine paperback gift book is packed full of the most memorable events of the 20th century. Beginning in 1915 with the sinking of the RMS Lusitania by a German U-boat, and ending with the 1994 Los Angeles earthquake, which killed 57 people and left another 8,700 injured, the historic headlines book is available with content from either the LA Times or The Washington Post.

The headlines book recounts all the major events from a century that saw two World Wars, 23 U.S. Presidents and six billion simultaneous inhabitants of Earth. Featured prominently are many of the most influential and noteworthy individuals of this one-hundred year period, including Martin Luther King, John F Kennedy, Queen Elizabeth, Neil Armstrong and Charles Lindbergh.

The book documents all important moments from the 20th century in one book, presented in a paperback cover. Newspaper pages are reproduced to an impressive 12.5″ x 15″ for maximum impact, available with either the LA Times or the Washington Post newspaper content. 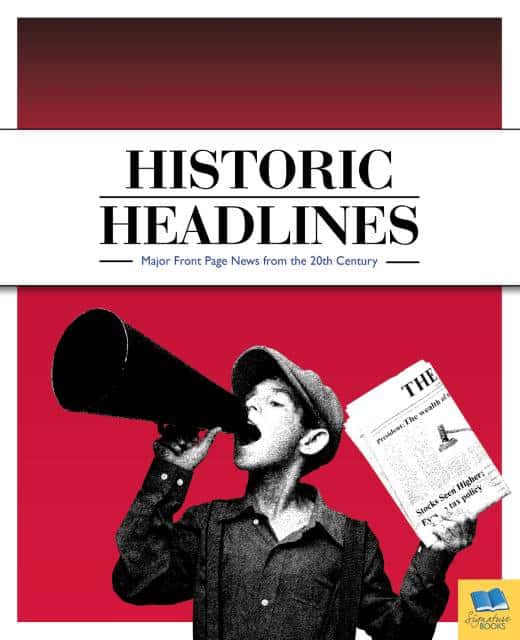