Skip to content
Find the Perfect Gift
CLOSING DOWN 20% OFF!
Use Code: GOODBYE20
Premium Books
Excellent
7150 reviews on

Home > In The Blog > Our 5 Favorite Children’s Authors

At In The Book, we’re not only impressed by our own work as a publisher of personalized children’s books! Here are our favorite 5 authors.

“And above all, watch with glittering eyes the whole world around you because the greatest secrets are always hidden in the most unlikely places. Those who don’t believe in magic will never find it.”

Dahl welcomes the macabre through encapsulating dark twists and turns meant to astound and awe. His otherworldly characters are warped by his childhood, where adults are often cast as villains and children as the lionhearted heroes (though it takes a few life-changing events such as turning into a giant blueberry or falling into a chocolate river, to get there).

The nonsensical language woven throughout Dahl’s story is simply mind-blowing. Dahl inspires the imagination with his bombastic creations in Charlie and the Chocolate Factory, magicking up phrases like “Cavity-Filling Caramels” and of course “Everlasting Gobstoppers”. As kids, we wished the sweets were real and then, the film and following fandom, made the book a real-life taste sensation. Like Charlie and the Chocolate Factory, Dahl’s books are tasty chocolate bars coated in stories with morality tales as gooey centers.

That night he had a stomach ache.”

One of childhood’s most essential reads, The Very Hungry Caterpillar embraces bundles of nostalgia. Sitting cross-legged in a classroom and our eyes bulging at Carle’s magnificent illustrations made storytime worthwhile. Mouths would water at the thought of a pear or pickle. The book is multifunctional, layered through bitesize text, a feast for the eyes and teaches the reader to count through the medium of food. What could be more accessible for kids let alone wistful grownups?

The only word to describe The Very Hungry Caterpillar, is “timeless”. It is a heart-warming tale of transformation that ages well into society today and there are no limitations to the age in which the book can be enjoyed. The splendor and simplicity of the food featured (even more gratifying when illustrated) is reason enough for the book to stand the test of time.

― Maurice Sendak, Where the Wild Things Are

Without even knowing the author’s background, Where the Wild Things Are is a mode of escapism. “Max” the protagonist is a wild thing, and his unruly behavior sees him cast away to his bedroom without supper. There, in his wolf costume, his imagination conjures another world, the land of the wild things, where creatures terrifying and grotesque become his companions for play – a release from the hardships of normal life, until he once again longs for motherly love and a hearty supper, and leaves.

The illustrations and story reimagine Sendak’s own experiences in childhood. Critical reception slammed the story when it was first publicized, fearing the tale was too terrifying for children. But, like any true wild thing understands (child and adults alike), Maurice Sendak vowed not to write stories of sunshine and rainbows because that’s not real life.

“Well, Gruffalo,” said the mouse. “You see? Everyone is afraid of me! But now my tummy’s beginning to rumble. My favorite food is – gruffalo crumble!” – Julia Donaldson, The Gruffalo

The Gruffalo uses whimsical rhymes at its best and you can get lost in the illustrations as you journey through the book. Aesop-esque with its misleading but heroic little mouse, the story speaks volumes about perception and how everything is not all as it seems. The real star of this story is the marvelous mouse who tricks his would-be hunters, who secretly want to eat the mouse up for dinner.

Mischievous and cunning, the little mouse thinks quick to conjure up a beast to put the fox, owl and snake off their hopeful dinner. Like all little white lies, the mouse’s words soon catch up with him, but, having laid the foundations of fear in his previous foes, the Gruffalo follows behind the mouse naively, helping the mouse scare away the fox, owl and snake! Realizing the mouse really is the scariest of all, the beast also scampers away, terrified he’ll become “Gruffalo crumble!” The book is clever, witty and resonates with every read.

“The clouds were made of marshmallow fluff, the trees were lollipops, and the houses were all gingerbread and patterned with gumdrops.” – Katherine Grant, Personalized Unicorn Adventure

Katherine Grant is one of our authors who has written a variety of children’s fiction throughout her career, including My Day at the Zoo and My First Day at School. The Personalized Unicorn Adventure Book is just magical, written through rhyme and even more breathtaking when paired with the vibrant illustrations. Since anyone can become the mythical unicorn, the story is utterly captivating for the reader. It is perfect for any child who has ever dreamt of transforming into a magical unicorn!

It’s a tale as enchanting as it looks, where the unicorn, iridescent and fancy-free, ventures to lands far and wide to find a home and eventually settles at Rainbow’s End with other magical unicorns. The story is effortless and pure. The mythical creature is an adventurer and the story will become a child’s favorite book well into adulthood. 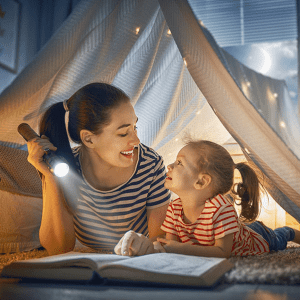 Social and Educational Benefits of Reading to Children 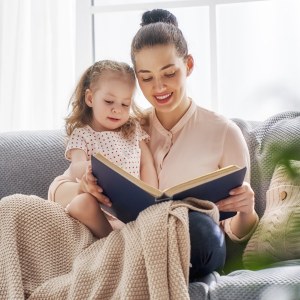 Questions for Parents to Ask When Reading