Via newspaper clippings, you can relive the history of the Spurs.

Glory, glory Tottenham Hotspur! Relive the history of Tottenham Hotspur through newspaper clippings in this personalised Tottenham newspaper headlines book. With coverage beginning in 1907, the year before the club’s first season in the Football League, this magnificent Tottenham supporters’ book takes you through over a century of history, revisiting all the key moments from White Hart Lane and beyond, right up until the present day. Now including the 2021/22 which saw Tottenham triumph over Arsenal in a 3-0 match.

Tottenham had already made a name for themselves even before joining the Football League by winning the 1901 F.A. Cup, to this day then only non-Football League club to do so. It would be far from the last trophy to adorn White Hart Lane’s cabinet, though; in total, Tottenham have won 2 League titles, 8 F.A. Cups, 4 League Cups, 2 UEFA Cups and a UEFA Cup Winners’ Cup. Much of Spurs’ success can be attributed to the star players they boasted at the time. In the 60’s, the most successful decade of their history, there was Jimmy Greaves, the highest goalscorer in the history of top-flight English football. And in the 80’s, there was Glenn Hoddle and the Argentinian duo of Ossie Ardiles and Ricky Villa. In addition to being the first club in the 20th century to win the English league and cup double (1961), Spurs were also the first British club to ever win a European trophy, the 1963 Cup Winners’ Cup, emphatically beating Atletico Madrid 5-1 in the final, with Greaves netting a brace. 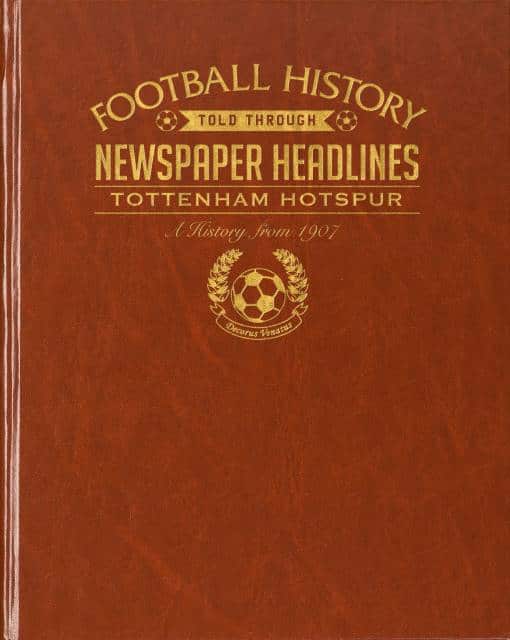 Excellent present for my friend

Very well made, perfect present for my husband 👍