Experience the highlights of the Wigan Warriors through newspaper articles from the time.

Relive the best moments in Wigan rugby history through newspaper clippings of the time in this personalised Wigan Warriors book, now updated with the latest coverage from 2018. With coverage beginning in 1929, the year the club won its second Challenge Cup, this fine piece of Wigan Warriors memorabilia takes you through almost a century of history, showcasing a host of special moments from the DW Stadium and beyond, right up until the present day.

The most successful club in the history of English rugby league, Wigan Warriors have won 21 league titles, 19 Challenge Cups and 4 World Club Challenge trophies. The club holds the incredible distinction of having won trophies in all but two decades since the start of the 20th century. Perhaps their greatest period of dominance, though, was in the late 80s and early 90s, where they won seven consecutive league titles and eight consecutive Challenge Cups; these successes overlapped to create six straight double-winning seasons between 1990 and 1995.

Our Wigan Warriors book has now been updated to include 2022 which saw Wigan crowned winners of the Challenge Cup! To see which historic moments are captured, you can view the contents here.

This Wigan Warriors book comes in a variety of covers and are customised by adding a recipient’s name, along with a special message of your choice, to a certificate on the opening title page. You can also have this name embossed onto the book’s front cover. A luxury gift box for long-term protection is also an optional extra.

Our Personalised Rugby Books are unofficial products and are in no way affiliated with any rugby club unless specifically stated. 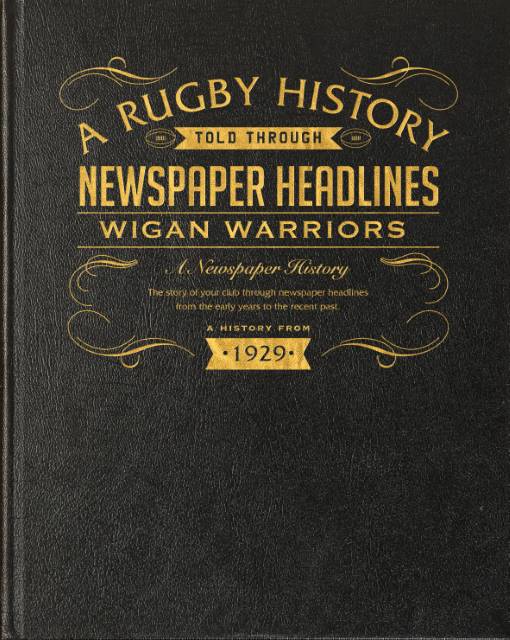