This newspaper book exhibits the Leicester Tigers most proud moments through newspaper articles written at the time.

With coverage beginning in 1993, the year they won the Pilkington Cup, this fine piece of Leicester Tigers memorabilia takes you through three decades of history, showcasing a host of special moments from Welford Road and beyond, right up until the present day.

The most successful team in Premiership Rugby history, Leicester Tigers have been champions of England’s top division an unprecedented ten times, beginning with their triumph in the inaugural Premiership season of 1987/88. From 1999 to 2002, immediately before the league changed to a playoff format, Tigers won four straight titles in a row, a feat that hasn’t been replicated by any club since. From 2005 to 2013, Leicester Tigers were undoubtedly the most dominant force in English rugby union, reaching nine consecutive Premiership Finals, and winning four. Tigers’ trophy cabinet also boasts 8 Anglo-Welsh Cups and two Heineken Cups, which they won back-to-back in 2001 and 2002, to first team to ever do so.

Our Personalised Rugby Books are unofficial products and are in no way affiliated with any rugby club unless specifically stated. 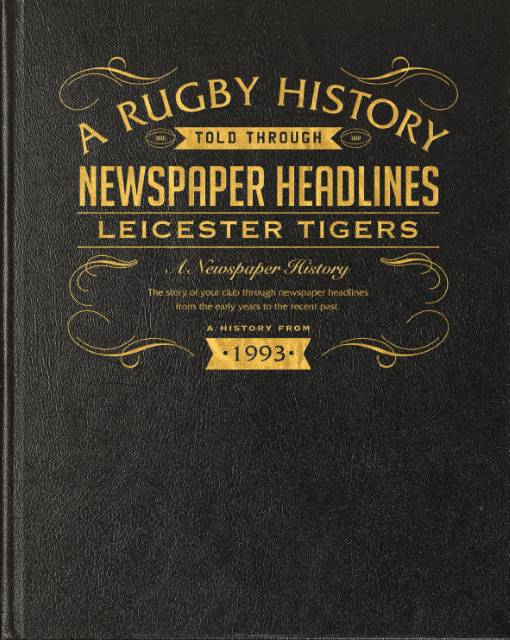 I have spoken to my Dad who I brought this present for and he was extremely pleased with it.The website was easy to use and the product easy to order