You can recount the key events in Leeds United history exactly as they appeared in print at the time.

Glory glory Leeds United! Relive the history of the Whites through newspaper clippings in this personalised Leeds United newspaper headlines book. With coverage beginning in 1920, the year they were elected to the Football League, this magnificent piece of vintage Leeds United memorabilia takes you through over a century of history, revisiting all the key moments from Elland Road and beyond, right up until the present day.

Throughout the 60s and 70s, there was no side more feared than Don Revie’s Leeds United. With a midfield partnership of Billy Bremner and Johnny Giles, Leeds ascended from second tier obscurity to champions of England in just five years, finishing runners-up immediately after their 1964 promotion, and ultimately topping Division One at the end of the 1968/69 campaign. Revie would lead his side to another league title in 1974, as well as four further second-place finishes, a League Cup, and four F.A. Cup finals, winning the 1972 trophy thanks to a single Allan Clarke goal against Arsenal. Leeds would win the league again, the last before the newly-established Premiership, under Howard Wilkinson in 1992. At the turn of the century, Leeds were consistently one of the top sides in the country, topped off by a memorable run to the Champions League semi-finals in 2001. 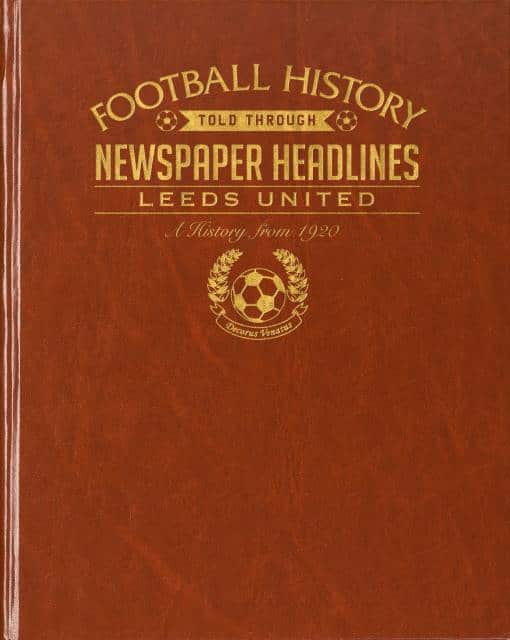 My friend loved it - made a great present!

Great book and embossed with husband name he loves it

Fantastic value and a great present