For World Book Day 2021, we’ve kept it cheap and simple. It’s not a competition about who can buy the best costume, it’s about the taking part that counts. Here’s a bit of costume inspiration from some of our personalised children’s books to celebrate the importance of reading. You’ll recognise a few old classics, maybe even a Disney storybook suggestion or two!

From The Very Hungry Caterpillar to Dennis the Menace, there are plenty of costume ideas for you to choose from, and hopefully inspire you and your child to create a really fun costume to celebrate the occasion! Our suggestions all come with DIY suggestions to help you easily create something at home and save the pennies!

Jack Skellington from The Nightmare Before Christmas

For lovers of this gothic Disney tale, dressing up as Jack Skellington, the Pumpkin King, would be a great idea that’s out of the ordinary! Combining both Halloween and Christmas themes, your child can surprise their classmates with a costume inspired by this frightful classic.

The Very Hungry Caterpillar is a timeless children’s story book, adored by both children and grown-ups! Dressing up as the popular character is a very fun idea, and another costume idea that’s a little bit different! The costume can be made from bright colours to represent the colourful illustrations in the book, and it can be fun to see who can guess the character!

Peter Rabbit is a children’s character that has been around for generations, with The Tale of Peter Rabbit being a story loved by adults and children. If your little one loves this mischievous bunny rabbit, then dressing up as him can be even more enjoyable! Your child can hop around and pretend to be this lovable rabbit for a day!

Whether your child loves bears (or even marmalade sandwiches), we’re sure they’ll love to dress up as Paddington Bear for World Book Day this year! This charming little bear is ideal to dress up as for the occasion, since you can recreate his iconic blue coat and red hat to really stand out from the crowd.

Dennis the Menace comes from the longest-running children’s comic magazine, entertaining children from generation to generation! Fans of this naughty yet hilarious character can dress up as Dennis quite easily, as long as you have the right colours! His iconic red and black striped top is not too difficult to recreate, making this character perfectly simply to dress up as!

As well as classic characters that grown-ups might remember from their childhood, we’ve also got some costume ideas from newer characters! Coco came out back in 2017 and dressing up as Miguel might be an idea many others haven’t thought about!

Alice from Alice’s Adventures in Wonderland

Dressing up as Alice from Alice’s Adventures in Wonderland is a timeless classic that you certainly can’t go wrong with! Alice is recognisable by her blonde hair, ‘Alice’ band and floaty blue dress. With just a few accessories, your child can look exactly like Alice and pretend to explore Wonderland on this special day!

Queen of Hearts from Alice’s Adventures in Wonderland

A costume for the Queen of Hearts is great if you really want to get creative! Your child will really stand out in the Queen’s mismatched red and black dress, especially if you accessorise with a crown and wand.

This classic fairy tale is still so popular among children, and one of the most recognisable tales from childhood! Red Riding Hood is such a simple costume idea that’s really cheap and simple to create, and will really make your child look the part.

You can find Little Red Riding Hood and other classic fairy tales in our Fairy Tales Collection Book, which you can personalise especially for your child to make the perfect gift! There’s even an unpersonalised version here.

Max from Where the Wild Things Are

Where The Wild Things Are has been made popular again by the 2009 film, but was originally a children’s book by Maurice Sendak! Dressing up as Max is the perfect costume idea for children who want to stand out from the crowd, but also want something that’s simple to create! 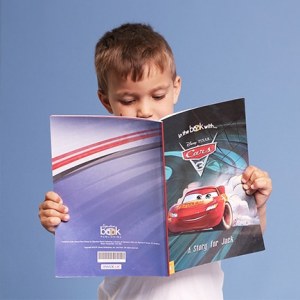 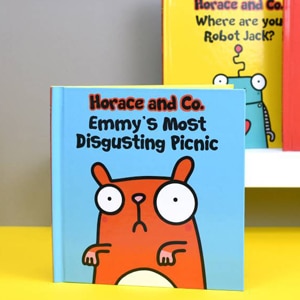